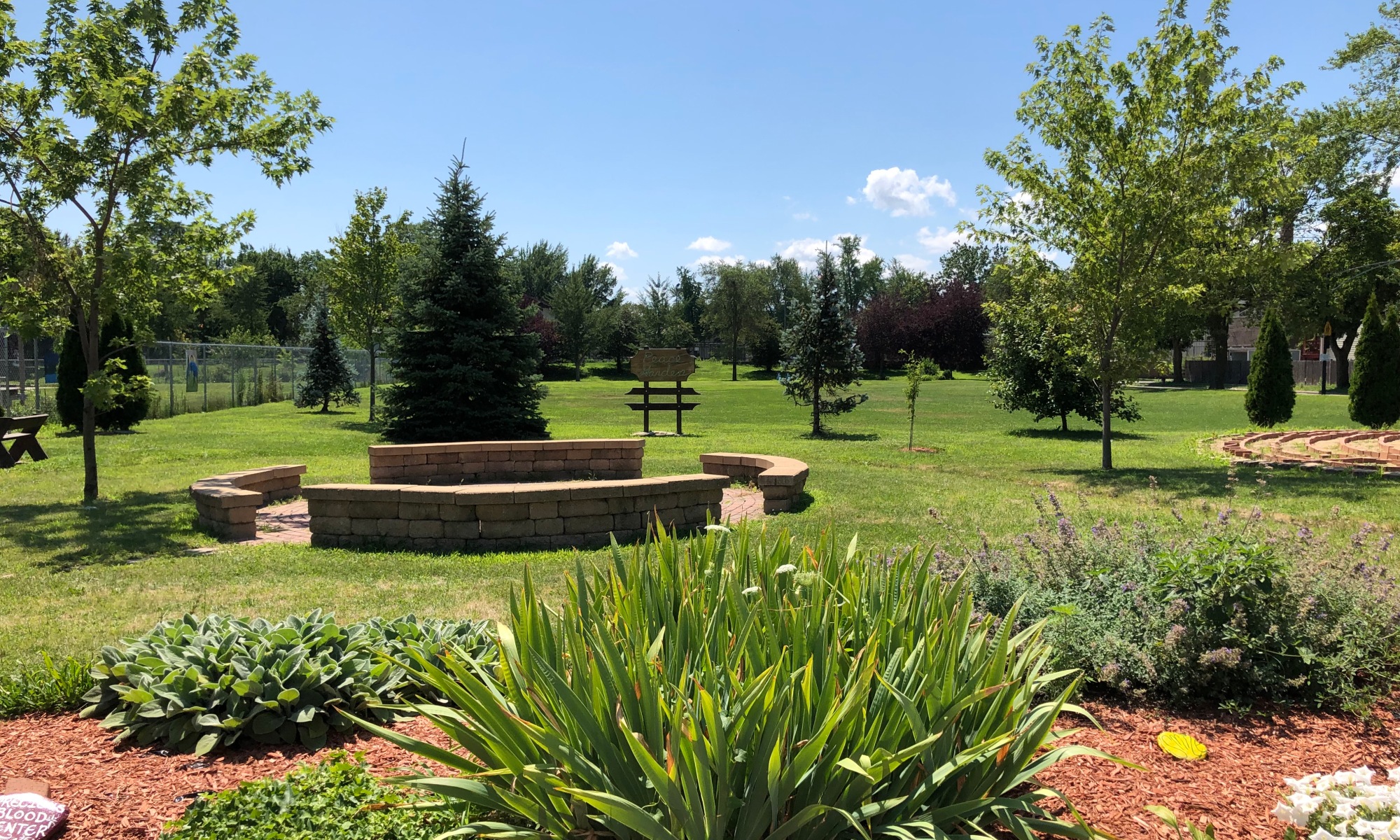 Some parts of Chicago’s South Side have become inextricably linked to gang and gun violence. Since this is the focus of my research and the Churchill Fellowship, it seemed fitting that my visit to Chicago’s Precious Blood Ministry of Reconciliation (PBMR) should be located in one such area. In their own words the PBMR “sits in a community affected by poverty, gangs, violence and racial divisions; they are a resource to those affected by violence and incarceration.”

I was given a warm welcome by Sister Donna, who, along with Father Denny and Francis (an adopted street dog), took me on a tour of the organisation’s facilities. These include abandoned drug houses, which have been impressively renovated by staff and volunteers to host community work (below).

The organization is in many respects an inner-city oasis, complete with a functioning vegetable garden (below) where staff and volunteers work together. Adults and young people were also learning trades such as carpentry, screen-printing and art in the Art Center. I spoke to staff and young people who explained the importance of expressing themselves and their experiences through art, and how their new skills had also inspired them to think about future careers.

Something that I noted and appreciated was that people who had been incarcerated were always referred to as “returning citizens”. I feel this description is important because for several reasons. It reminds us that such men and women are members of our communities and are citizens. That they will require their community’s support to reintegrate successfully. And that they have a stake in the community. It is precisely at this point when many people find themselves at their most vulnerable; especially if they have had former associations to gangs and/or a history of substance misuse. Young people are particularly vulnerable to criminal and sexual exploitation when they return to their communities; this point was made by nearly every professional I spoke to during my time in Chicago, Houston and Louisville. I will be writing about this specifically in a later post.

A first detention or supervision in the criminal justice system can be a turning point for a young person. Another aspect of the PBMR’s work that I found inciteful was their recognition that people need time to reflect, and a safe place in which to do so. Having this space is something that many of us take for granted in our lives. Having time to reflect on our achievements, progress, set-backs and goals is crucial for change, progression and development.

I was fortunate to be able to speak with some of the young adults who were involved in different programs with the PBMR. A 22-year-old young man who was from the local area gave me some sound advice for working with young people who have been involved with criminal gangs. He said that pathways to change are not always straightforward, and that many young people who had been involved required patience, support. That the key was recognizing that time and reflection can often indicate a readiness to change. I came away from my day with the Precious Blood Ministry of Reconciliation feeling inspired and motivated, and with the realization that sometimes the simplest interventions can be the most important on a new pathway.

With special thanks to Sister Donna, Father Denny and all of the staff, volunteers and community at the Precious Blood Ministry of Reconciliation. I am especially grateful to all of the young people who spoke to me. Further details about their work can be found here.

Thanks also to Dr Anna Bussu and Dr Joao Salm for helping me to plan my visit.

One Reply to “A safe space to reflect”